UNDER CONTRACT!! 125 Acres of Farmland For Sale in Charlotte County VA!

This property is located in the country just north of Chase City, VA on the Charlotte Mecklenburg line. The parcel contains approximately 50 acres of open pasture and approximately 75 acres of mature hardwood timber. There are two houses, one having three bedrooms and two baths and the other having two bedrooms and one bath. Both houses have new laminate and vinyl flooring and have been completely repainted on the inside. New landscaping has been done around both houses. The main house has a nice partial wrap around porch overlooking the rolling pastures and the pond. There are six open fields that could be fenced in for horses, cattle, etc. A few of the fields could be planted as food plots for the wildlife, creating a hunting sanctuary. A two-and-a-half-acre pond lies between the rolling open land behind both houses.

Charlotte County was formed from neighboring Lunenburg County in 1764 and named for Queen Charlotte, wife of George III of England. Settlement of this new frontier began approximately 50 years before the county was formed. The village of Charlotte Court House has been listed with the state and National Registers of Historic Places as a Historic Courthouse District for its uniqueness in architecture, business, and government buildings. The rich heritage of old homes is architecturally significant as they reflect styles from the Colonial and Georgian to the Federal and Greek Revival periods.

Named after Queen Charlotte of Mecklenburg-Strelitz, wife of King George III, Mecklenburg County is strategically located between Richmond, Virginia, and Raleigh, North Carolina. Points throughout the county boast access to excellent four-lane state highways and/or interstate freeways, which means you get the best of both worlds: rural lifestyle and city access. Our business climate is diverse which creates a strong location environment for prospective investors. Mecklenburg County has also taken the initiative to create several training institutions specializing in manufacturing, technology, healthcare, and computer-based courses to support the current and future workforce.

Mecklenburg County also boasts a strong quality of life, with its rich history and outdoor recreation featuring three lakes, the largest of them being Kerr Lake (locally known as Buggs Island Lake) surpassing a combined 1,200 miles of shoreline and 70,000 acres of water to help you enjoy all of your favorite outdoor activities. If you are looking for camping, boating, fishing, hiking, and trail rides, then this is the place to be!

For more information on this and other land for sale in Charlotte County, contact Johnny Seamster at 434-294-6714 or by email at jseamster@mossyoakproperties.com, or visit landandfarmsrealty.com. 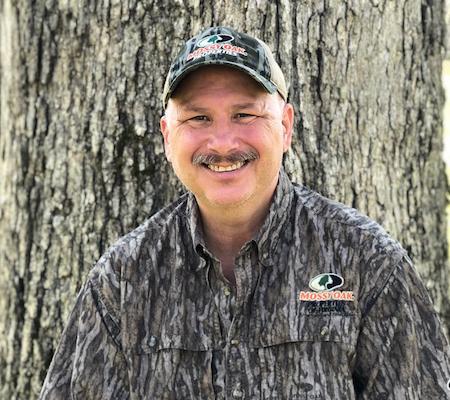