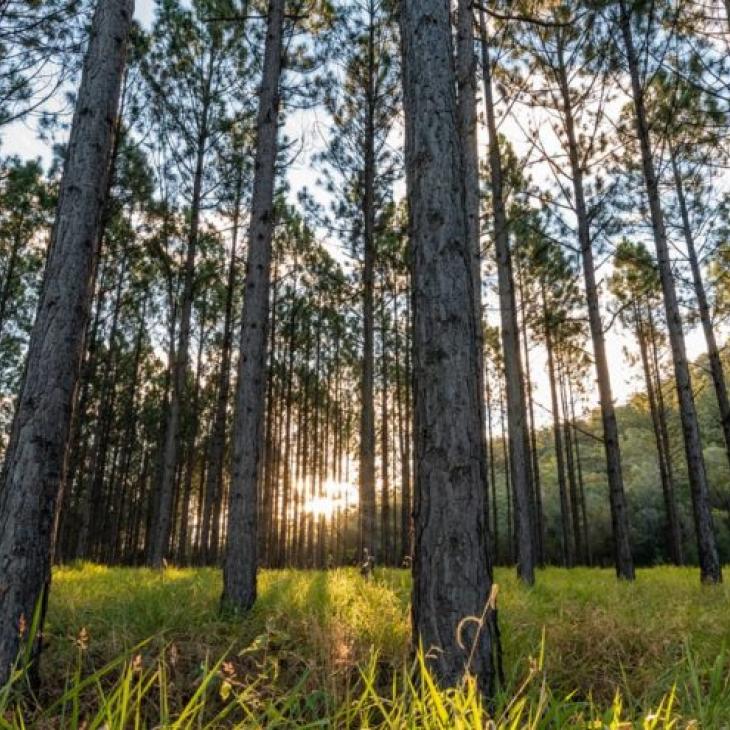 Brooks Mendell Ph.D. When we feel uncertain about a situation – where things are oscillating and bouncing and hard to control – we may look for and identify patterns in random data that do not actually exist. We may also overestimate the importance, relevance and power of negative information. Both this tendency to seek and call out nonexistent patterns and this tendency to overweight bad (or recent) news can lead to poor decisions in our personal and business lives. What can we do to prepare END_OF_DOCUMENT_TOKEN_TO_BE_REPLACED 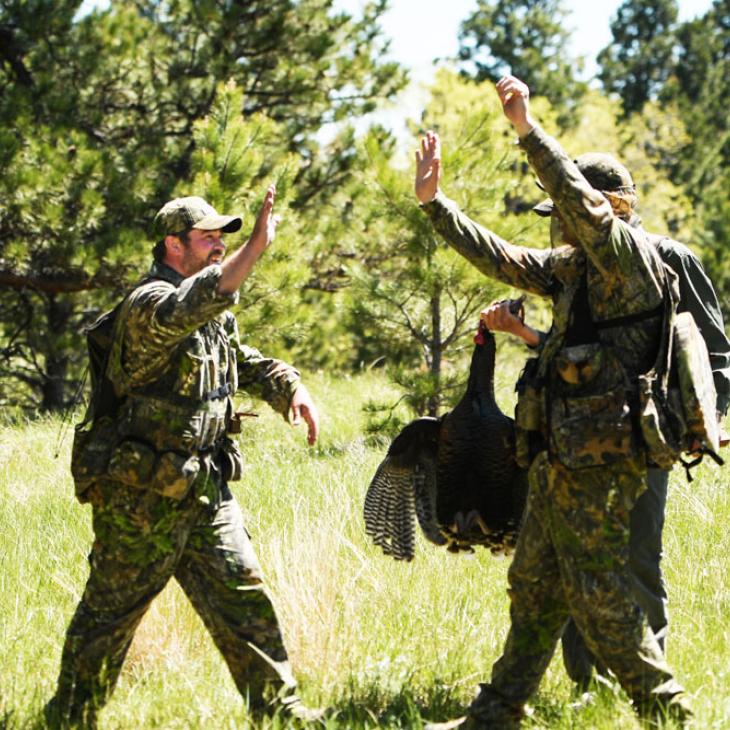 TACTICS FOR TURKEYS THAT ARE HARD TO TAKE

Mossy Oak ProStaffer Josh Grossenbacher from Sandusky, Ohio, has hunted turkeys for 25 seasons and has been entering turkey-calling contests for 17 years. Grossenbacher was the first runner-up in the National Wild Turkey Federation’s 2018 Grand National Calling Championship Senior Division and won the Head-to Head Grand National Calling Championship in 2017. Josh Grossenbacher | Mossy Oak ProStaff When we get past the obvious items I need for turkey hunting – calls, gun, shells and camo – the END_OF_DOCUMENT_TOKEN_TO_BE_REPLACED 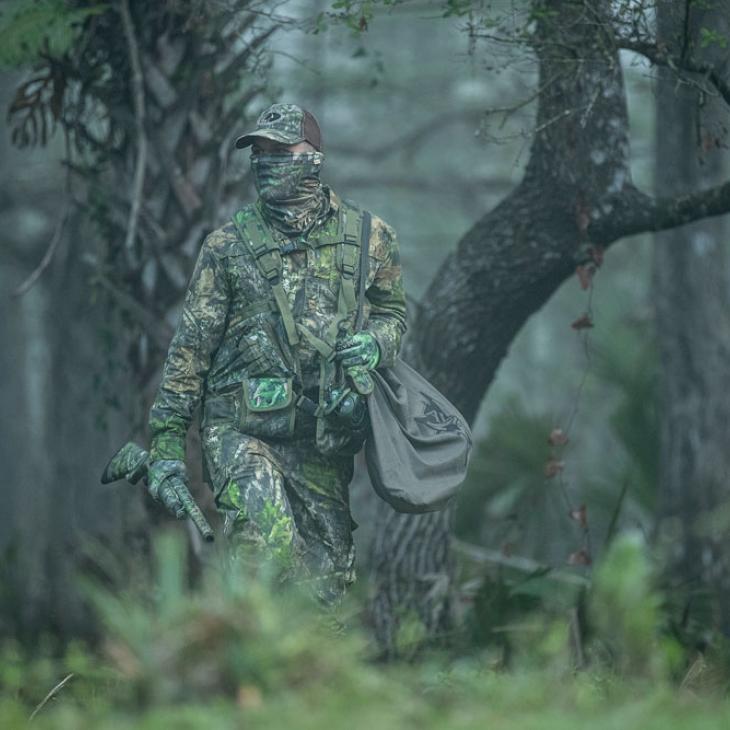 Scott Ellis Hunting turkeys late in the season can present numerous difficulties, yet can be very productive. We will discuss my most successful tactics. There are a few variables that need to be identified to help decide your plan of attack. Once you have done so, put your strategy in place and throw your hail Mary. Breeding Cycle Understanding a little about the biology of a wild turkey can help aid in your overall hunting success. Identifying where the birds are in their spring breeding can END_OF_DOCUMENT_TOKEN_TO_BE_REPLACED 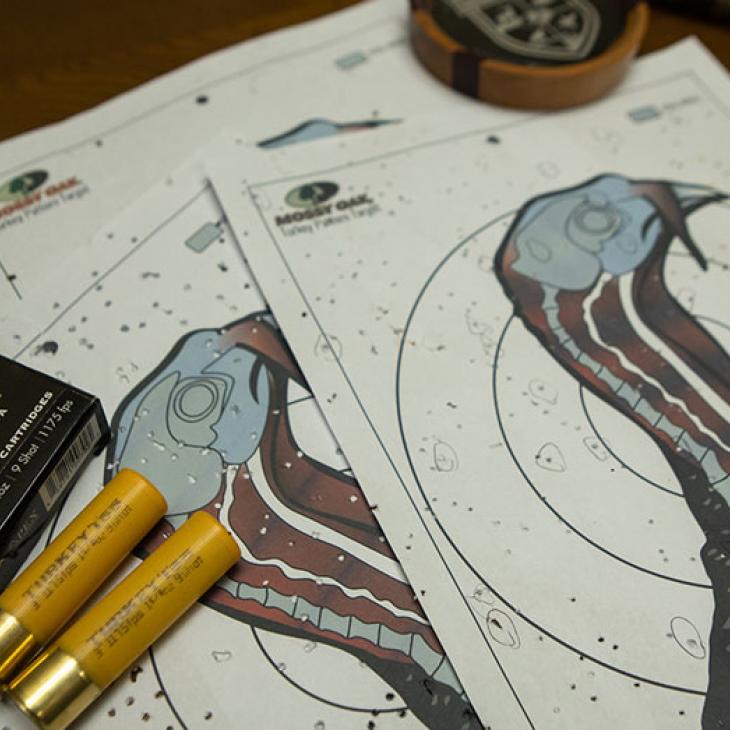 Bobby Cole Let’s say, for conversation, you kill an average of three turkeys each spring. Hopefully that’s accomplished with three shots. Three simple squeezes of the trigger that personify all the effort and preparation that goes into a season. Not to mention the early mornings and lost sleep. That’s a lot of importance placed on those “three squeezes.” Do you trust your shells and your chokes? You probably do, but are they the best you could have or just good enough? In today’s modern world END_OF_DOCUMENT_TOKEN_TO_BE_REPLACED 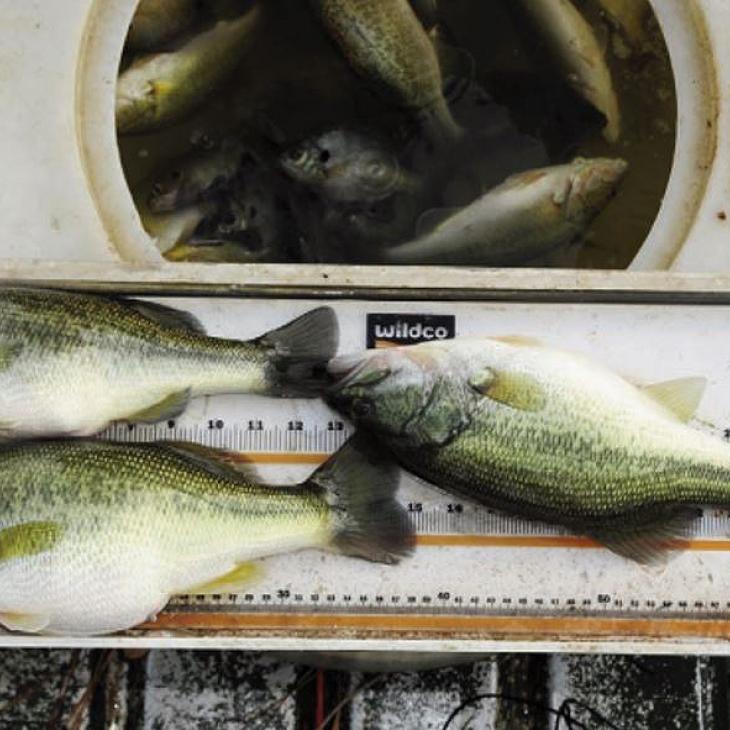 Don C. Keller | Originally published in GameKeepers: Farming for Wildlife Magazine Over the last 30 years, I have received hundreds of phone calls from landowners requesting Florida bass or tiger bass to be added to their lakes in order to increase the average size of bass caught. Most of these callers feel that by changing the genetics, the size will improve. Although the genetic growth potential of the tiger bass has been well documented, the most important key to rapid and sustained growth of END_OF_DOCUMENT_TOKEN_TO_BE_REPLACED 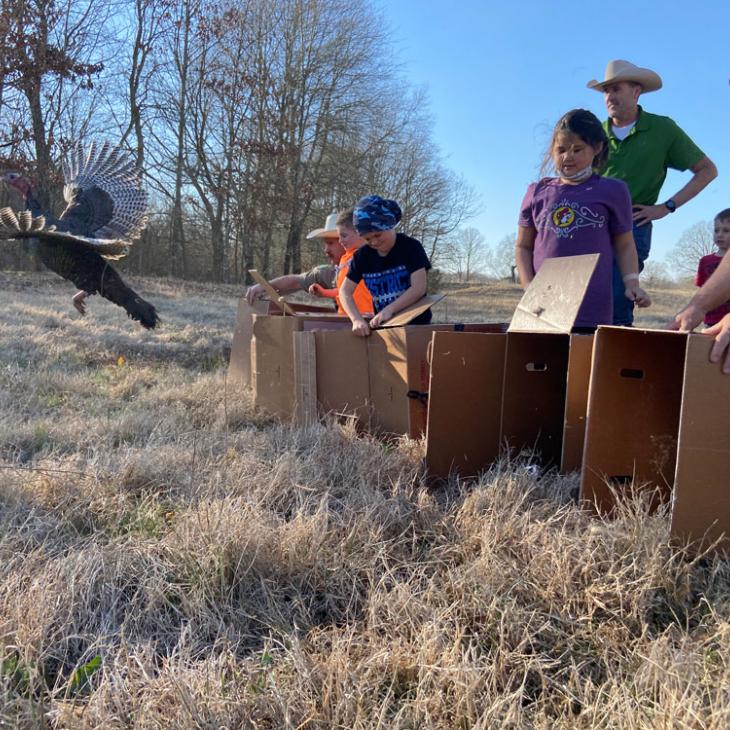 provided by the NWTF Turkey season is right around the corner, and for most of us in the U.S., going turkey hunting and actually hearing and seeing turkeys is fairly common; actually harvesting one, well, that’s a different story altogether. Regardless, having access to thriving turkey populations is something we get to enjoy as turkey hunters in America today, but it hasn’t always been this way. By the early-1900s, turkey populations in the U.S. were catastrophically low. Simply seeing a turkey END_OF_DOCUMENT_TOKEN_TO_BE_REPLACED 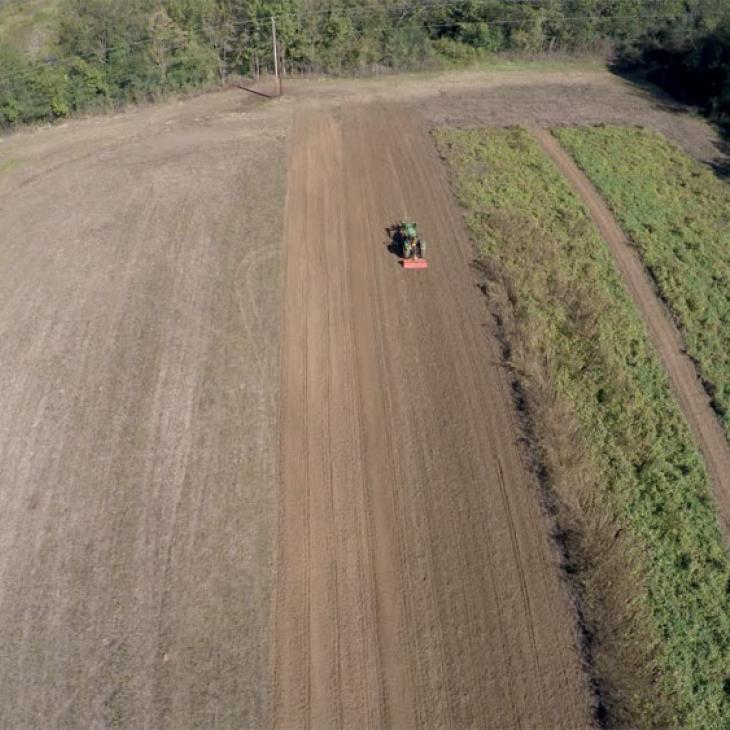 Austin Delano One of the most common mistakes I see in food plot plantings and farming for wildlife is improper timing relative to the crop and region. For example, the growing period for warm season annuals can vary pretty widely across the nation. The northernmost part of the states and on into Canada could have as little as 4-5 months of temperatures conducive to growing spring/summer crops. This is all dependent on how quickly the winter snow melts and soil temperatures rise, as well as when END_OF_DOCUMENT_TOKEN_TO_BE_REPLACED 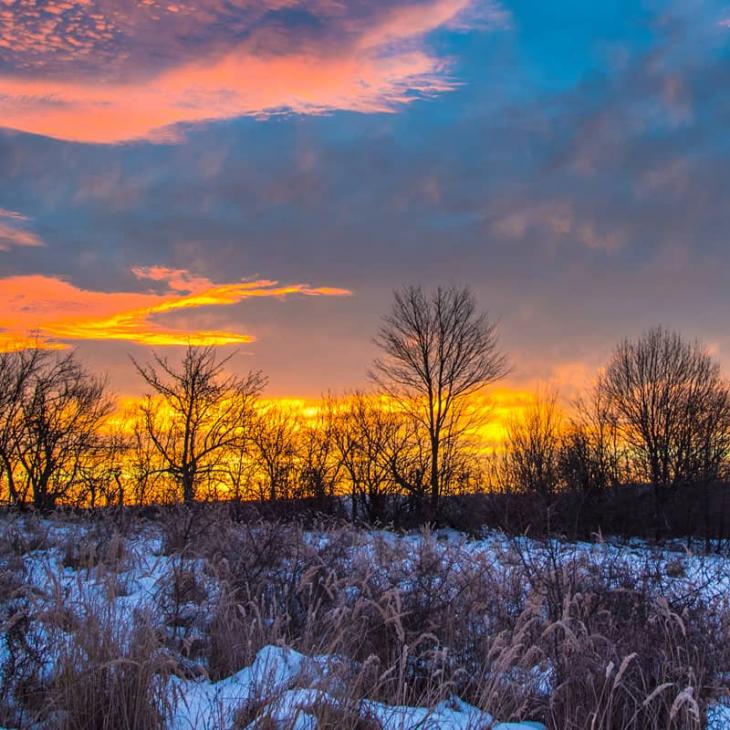 Steps for Land Buyers to Win in a Seller’s Market

Buying land for sale always has its challenges and can be stressful in the most favorable of markets. But when you set out to do it in a seller’s market, the difficulty can reach a whole new level. Today’s land market is red hot, with rural properties attracting multiple offers and selling above list price in many parts of the country. A few weeks ago in Three Ways Low Land Inventory Is a Win for Sellers, we defined a sellers market and discussed how rural land inventory has been dwindling for a END_OF_DOCUMENT_TOKEN_TO_BE_REPLACED 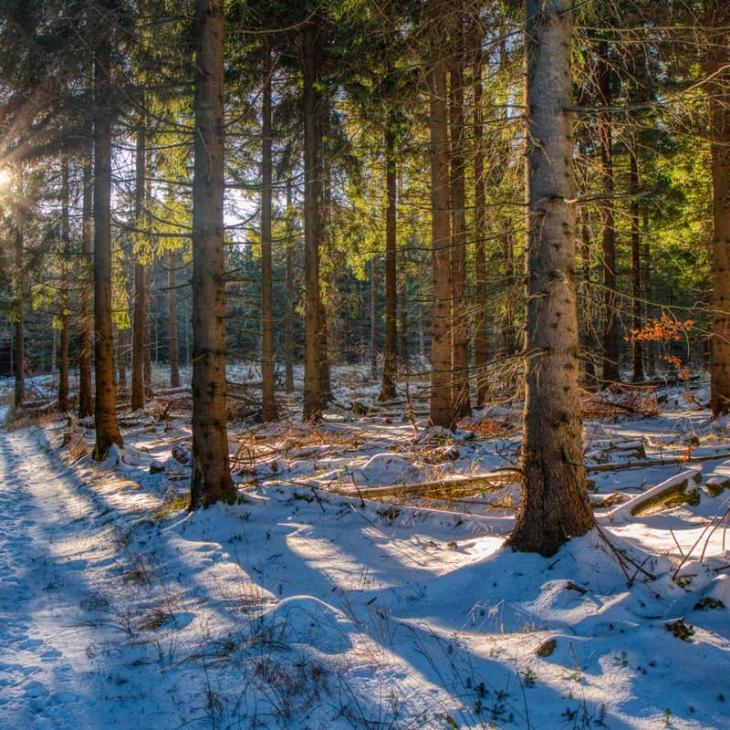 When you start thinking about buying recreational land for sale to call your own, it’s important to realize that this is quite different from buying a house. Every piece of property is different, and it’s important to work with a recreational real estate expert to help you avoid some of the common pitfalls recreational buyers sometimes experience. Recreational land buyers we work with at PotlatchDeltic often talk about how they haven’t made this type of purchase before, so they appreciate it END_OF_DOCUMENT_TOKEN_TO_BE_REPLACED 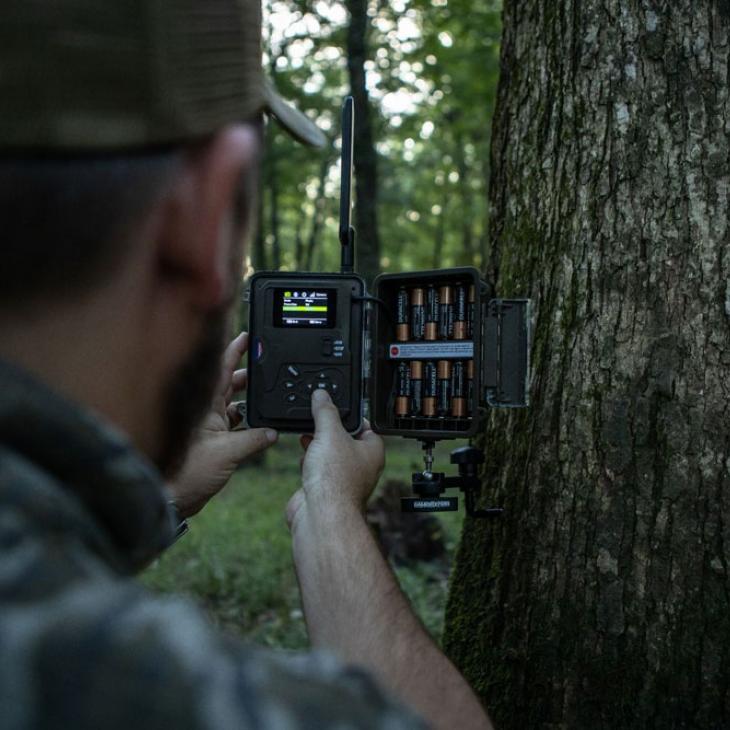 D.J. Randolph Have you taken the leap yet or are you still a little unsure? Is your cellular camera a reliable scouting tool or are you still trying to figure it out? I am a self-confessed trail camera addict. I have been for years. Don’t ask me how many I have because I’m not sure. I’ve been experimenting with cellular trail cameras over the last 3 years. I have tried several brands in that time and found things I like and things I dislike about each one. Some things are just a matter of END_OF_DOCUMENT_TOKEN_TO_BE_REPLACED