North Carolina is one of the top farming states in the country. Beginning as a major tobacco and pork producer in the colonial era, North Carolina farmers first expanded into cotton after the Civil War and have since diversified their production tenfold while maintaining their connection to a centuries-long history of farming. Farm land for sale in North Carolina benefits from a history of agricultural development and economic support that have made farming an integral part of North Carolina’s economy.

North Carolina’s 46,000 working farms provide almost 18 percent of the total job market in the state, as well as a wealth of diversity in crop, livestock, and aquaculture yields. North Carolina is the nation’s top producer of sweet potatoes, and ranks in the top five producers of turkeys, hogs, pigs, cucumbers, broilers, peanuts, cotton, bell peppers, and tobacco. Aquaculture farming is also on the rise in North Carolina, with open-system fish, soft crab, and oyster production projected to double in the next few years. North Carolina farm land for sale offers the opportunity to develop almost any kind of production with the support of an economic environment uniquely suited to farming.

UNDER CONTRACT!! 23 Acre Farm and Hunting Property For Sale in Robeson County, NC!
Robeson, NC
23.0 acres
MOPLS ID
32733
Land and Farms Realty
Beautiful tract of hunting and farm land with 12 acres of field and a 11-acre balance in mature pine/hardwood woodlands and open water swamp along Wilkinson Creek. Perfect place to build a home with plenty of room for hunting or creating a mini-farm! Call Jeff Burleson at 843-685-2408 to schedule a... END_OF_DOCUMENT_TOKEN_TO_BE_REPLACED
$75,000
View listing 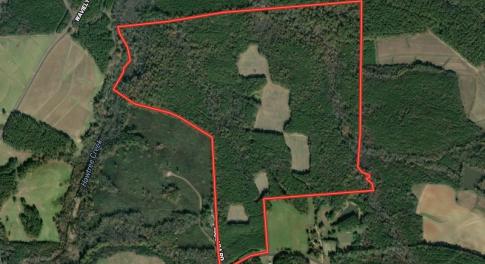 187 Acre Farm and Timberland for Sale in Warren County NC!
Warren, NC
187.0 acres
MOPLS ID
32707
Land and Farms Realty
Have you been looking for the perfect country estate style property to build your dream home and have all the peace and quiet you have ever wanted? This absolutely beautiful farm and timber tract has everything you need: gorgeous open fields, rolling terrain, outstanding investment quality timber... END_OF_DOCUMENT_TOKEN_TO_BE_REPLACED
$799,900
View listing

12.96 acres of Farm and Hunting Land for Sale in Columbus County, NC!
Columbus, NC
13.0 acres
4 Bedrooms
1 Bath
MOPLS ID
32195
Land and Farms Realty
Great Soil - Perfect Size Tract - Ideal Location. Call Bud Cook at 910-640-8784 to schedule a showing today! Located on Highway 905 near Pireway in Columbus County, North Carolina, is the perfect tract for anyone looking to have a home in the country. The 4-bedroom with one bathroom home on the... END_OF_DOCUMENT_TOKEN_TO_BE_REPLACED
$175,000
View listing

UNDER CONTRACT!! 63 acres of Farm and Recreational Land for Sale in Duplin County, NC!
Duplin, NC
63.0 acres
MOPLS ID
32179
Land and Farms Realty
This tract offers a great opportunity to own the ideal recreational retreat! Call Bud Cook at 910-640-8784 to schedule a showing today! Located off Teachey Loop Road near Rose Hill in Duplin County, North Carolina, is a great tract offering the perfect chance to reclaim pastureland for livestock of... END_OF_DOCUMENT_TOKEN_TO_BE_REPLACED
$300,000
View listing

14.25 acres of Farm and Hunting Land for Sale in Columbus County NC!
Columbus, NC
14.3 acres
MOPLS ID
31947
Land and Farms Realty
This perfectly-sized tract offers everything from farming to hunting and even the possibility of building your dream home in the country! Call Bud Cook at 910-640-8784 to schedule a showing today. Located on Highway 904 near Pireway in Columbus County, North Carolina, is the perfect tract for anyone... END_OF_DOCUMENT_TOKEN_TO_BE_REPLACED
$140,000
View listing