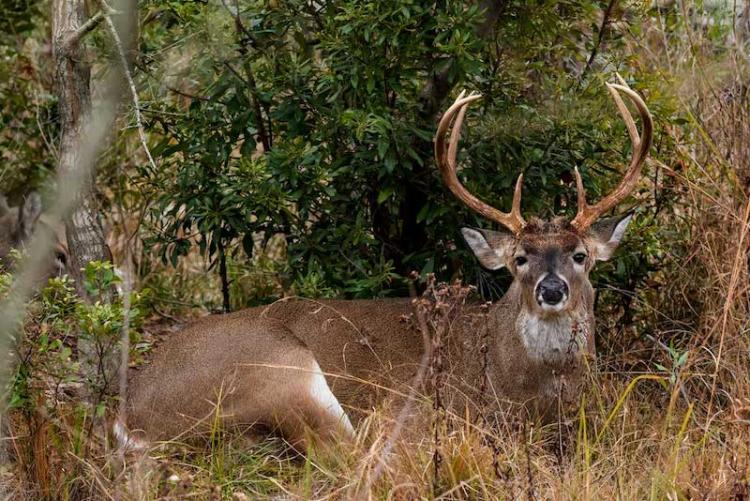 Wouldn’t it be great if you knew the exact time deer activity would take place on your hunting property, not only seasonally, but also daily? That would be great for some, but might take the fun out of it for others. With the way technology has advanced in recent years, we now have smart phone apps that say they can help hunters predict deer movement.

I’m not opposed to newer technology instead of having to sit on a stake-out somewhere with a spotting scope glued to your eye. Trail cameras have aided in learning about whitetails and helped hunters to put together a pattern so they can use their best guess to try to intercept their target. Cameras used to gather information are great teaching tools. I draw the line in using cameras during the hunt. They are great for gathering information for the hunt before the hunt, but some newer wireless cameras send you photos real-time. These should not be used in fair chase hunting.

You may be able to tell, I prefer the “old school” approach. However, there really is some amazing technology out there. For instance, Spartan Forge uses artificial intelligence (AI) to predict whitetail movement. They use data from multiple collared deer studies conducted by state agencies across different regions in the United States and then pair it with local weather variables. The AI algorithm interprets all those factors to predict what the deer in your area will be doing.

DeerCast, from Drury Outdoors, makes more sense to me because it takes into consideration in which of thirteen different phases (for lack of a better term) of fall activity your herd will likely be involved. Are they still in a late summer feeding pattern, pre-rut, post-rut, etc.? It doesn’t just use the numbers, it seems to actually include some hunter’s knowledge contained within. If you’re looking to utilize someone else’s hunter prowess, it just doesn’t get any better than that of the Drury family.

OnX is another app that deserves mention. When it comes to in-field navigation and data management, they may be the best. Their maps and how data can be input and then utilized seems to be one of the best that I’ve messed around with. The app itself is free, but the property boundaries and parcel information stratums require a subscription. Specifically for managing a property, this is the app I would select. It provides landowner information and acreage details, and it clearly differentiates between public and private lands.

During the 90s, myself and five others were involved in research to help determine under what triggers or conditions whitetails get up to move during daylight hours. While any day has the potential for yielding a successful hunt and you have a chance whenever you’re in the field, I wanted to maximize my time. We tried to keep the research as systematic and precise as possible.

The five of us were scattered throughout Minnesota and Wisconsin and we documented statistics such as temperature, wind direction and speed, lunar phase, moon position, cloud cover, precipitation, relative humidity and barometer (among some others). We took these readings when we began our observations and then again, when we finished, in case there were any significant changes. We recorded how many whitetails we saw, what activity they were engaged in (feeding, chasing, simply traveling, breeding, etc.), when it happened and how long it lasted. We also had two unmolested, private, captive control herds that could be witnessed at any time to give us something to weigh against our “wild findings.” We hoped that we would find the combination of factors that would give us an edge in the treestand.

As mentioned, this was before trail cameras and smart phones; we wrote our notes down on paper in pencil. We collected data for seven years. I have continued on gathering this information for my own benefit, and since the onslaught of all our new technology, it’s so much easier entering and storing data. However, the findings are the same.

One of the main reasons we began this undertaking is because at the time several people were selling “moon gauges” ― meaning different charts or gizmos that would predict deer movement by the position or phase of the moon. The reason we began our own study is because our “moon dials” didn’t work; they seemed to be a scam!

From what I’ve found there is possibly a connection between deer activity and the moon, but any correlation is related more to the amount of light the moon is giving off during the night than the phase or position of the moon. Therefore, I wouldn’t put much stock into the position or moon phase significantly affecting deer activity.

While we saw no significant divulgence one way or another with the moon phase or position, the amount of light the moon gave off during the night seemed to have a slight impact on daylight movement the following day, but this obviously also had something to do with the cloud cover during the night before. For example, you could have a full moon but heavy cloud cover, and it would still appear very dark.

Temperature also had an influence on movement; whitetails without doubt have a comfort range. If it’s too warm after they are sporting their more efficient winter coats, they tend to move much less during daylight hours. Moreover, while I’ve killed a couple whopper bucks during blistering cold days (below zero), anything below about 10° F and movement starts to decline.

Precipitation, wind speed and other secondary conditions also have an influence on deer movement. If it’s raining heavy, where do you want to be? Whitetails will also seek out cover in a deluge. A light rain or snow didn’t seem to matter as much, but during a squall or blizzard you’ll find the herd hunkered down, likely in heavy cover.

It’s the same with wind speed - deer will typically search out shelter from a gale. I believe that the best hunting is during a wind from about 5 to 15 mph, for several reasons. With a very slight or variable wind, it makes whitetails nervous because they’re not able to keep a constant bearing on what they might be smelling, or trying to smell, in a direction they may want to head. With a steady constant wind, your human scent isn’t swirling around and it’s being blown off in one consistent direction, making it easier to position yourself and predict what the deer will do. Both the precipitation and wind factors, when in play, should only take a little common sense to figure out.

A DIFFERENT KIND OF PRESSURE

In my view, no other aspect of the weather has as big an influence on deer movement as the atmospheric pressure, also known as the barometric pressure. Whitetails have the ability to sense these changes. A barometer is the instrument we measure this with and it refers to the amount of air pressure exerted by air molecules against the earth’s surface. It’s the increase, decrease, or stabilization of this pressure that affects deer behavior, sometimes greatly.

Many of you may have witnessed this escalation or decline in deer movement and not known why it was happening. We've all had days, even a week or more when you have to admit, it was tough and deer sightings were rare. If you hunt long enough, you’ll definitely experience a lull. Then all of a sudden, deer appear as if God opened up the “drain plug” on a sink full of whitetails and there are deer everywhere! Unfortunately, just as abruptly, they can mysteriously vanish again.

It’s not hocus-pocus; it’s atmospheric air density that triggers this activity. More to the point, the rapidly rising or falling barometric pressure that precedes or follows a weather front seems to show the biggest impact. Anytime the barometer is moving is a time you want to be in the woods.

You may have heard your local news meteorologist mention the terms “low-pressure” or “high-pressure.” This terminology simply refers to increased or decreased barometric pressure within a weather system. If the air molecules above the earth’s surface are not as dense, the result will be a decrease in barometric pressure. The resulting low-pressure system is known to usher in clouds, rain and/or snow. High pressure on the other hand, tends to be clear or very few clouds, low humidity and fair weather.

A whitetails’ inner ear works very much the same way a barometer functions. In fact, it’s said that ancient man also had the ability to better sense these changes. Our modern problem being, if you’re watching your barometer at home, you’re too late. Instead, you must anticipate the movement by predicting when weather fronts will arrive and leave your hunting area. On the leading edge and tail edge of the front the barometer will fall or rise – that’s when you want to “be in the tree.”

A high, stable barometer is also good hunting. After compiling our results, whitetails seem to move best when the pressure is between 29.90 and 30.30 inches with the best movement occurring at the higher end of that range, around 30.10 to 30.30 inches. I’ve also seen this with mule deer and pronghorn and it’s likely true with many other animals.

A lot of the “high pressure” fronts will come with wind. Numerous trophies are shot immediately after sustained high winds have died down. We mentioned wind before. I’m not sure, are the whitetails just avoiding the “nor'easter” or sensing the barometric change? Probably both.

I read another study in which deer sightings increased dramatically at barometric pressures between 29.80 and 30.28. However, the greatest activity was seen with rapid pressure drops of 4 to 5 tenths of an inch. This matches up almost exactly with our deduction.

Keep in mind; you must also have other factors in your favor if you wish to see the barometric pressure’s influence. If the temperature is outside their comfort range or hunting pressure keeps them bedded, the impact won’t be as significant. Molested whitetails aren’t going to want to move during legal hunting light no matter what the barometer tells you.

Whitetails (and other animals) being able to sense the change in barometric pressure is likely Mother Nature’s way of protecting the herd. The pressure’s change tells the animals they may have to bed down for a period so they better “put on the feed-bag” before the coming weather front arrives.

In my opinion, the biggest impression can be seen in the north just before and just after a major snowstorm or blizzard. If you can’t predict when this will happen before the front hits, make certain to be in your treestand when the storm breaks – activity is all but guaranteed.

Remember that barometric pressure is only one contributing factor to deer movement. In my view, it is one of the most important elements and should not be overlooked. However, it’s really a combination of factors that all contribute to deer movement. Keep an eye on the barometer and use it in conjunction with all the other factors to predict your herd’s activity. Whether you use an app to help you predict deer movement or you choose to do it “old school,” always know that the “chance” is there any time you head afield. 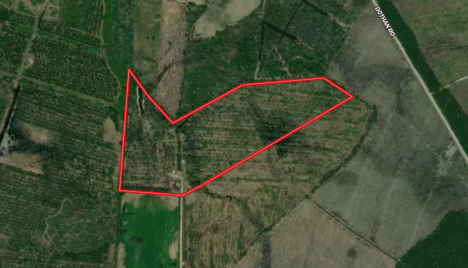 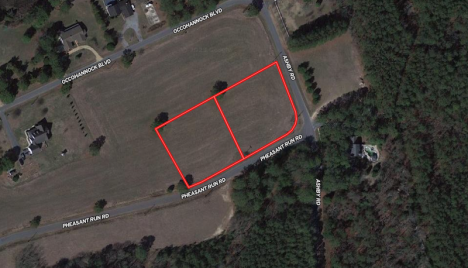 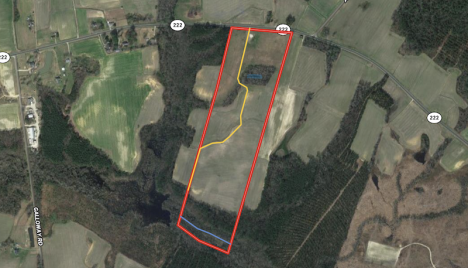 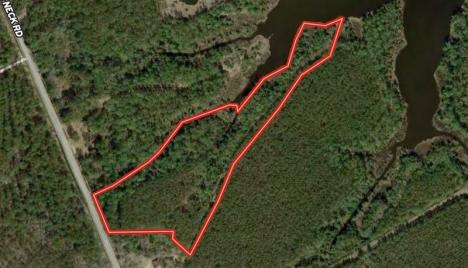 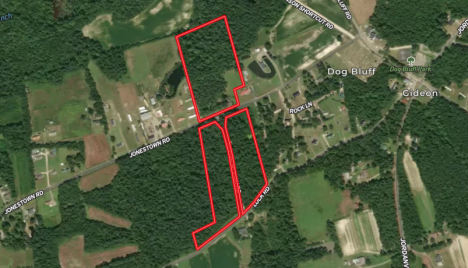 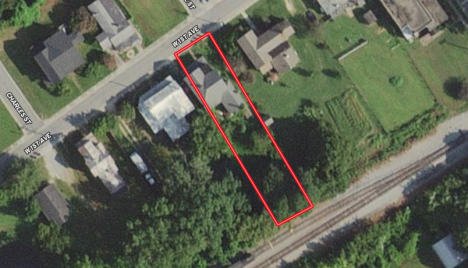 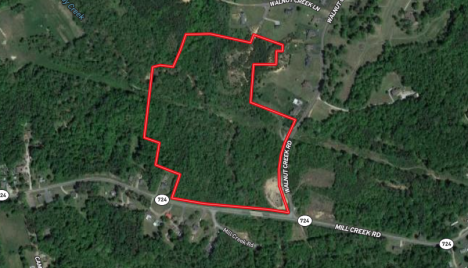 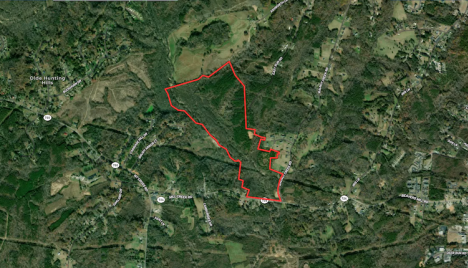