THE LAST HOUR OF BASS FISHING 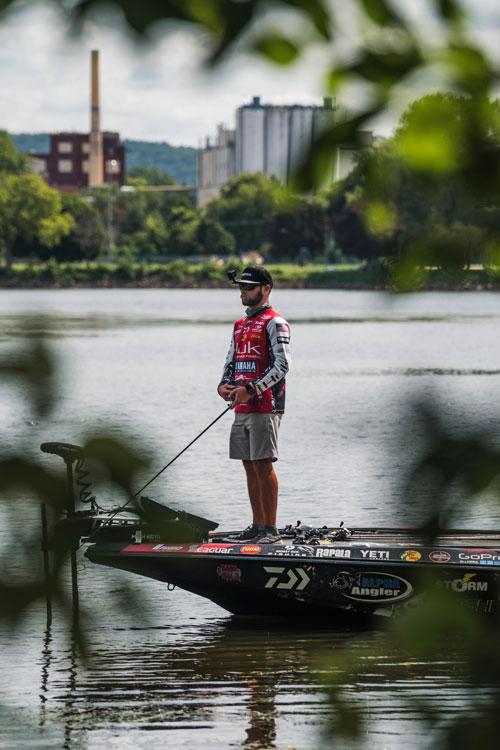 Brandon Palaniuk of Hayden, Idaho, to date has earned over $1.3 million in tournament bass fishing in the past nine years. How does he psyches himself up to fish that last hour of a bass tournament? If you're a weekend fisherman, you can apply the same tactic and strategy to the last hour you fish before you go home. When you're tired, and you’ve had a lousy day, how do you fish that very last minute before you crank your big engine and head for the house?

When I'm physically and mentally worn out from a hard day of fishing and catching very few bass, I've had enough experience and faced that last hour in practice and in tournaments so often that I know I must get as much as I can out of that last hour. I may have a chance to find some bass and catch them. I know if I fish hard and make good decisions during that last hour, I may have an opportunity to move up in the standings, which means I’ll take home more money, or I even may have a chance to win. I feel like if I have another hour left to fish for a bass, I can drastically turn around that day of fishing. I know that from the first half of the day until the last half of the day, conditions on the water may change dramatically. So, I’ll stop for a minute, look around and decide what has changed from the first half of the day until now. I determine what I need to do to adapt to those changes and fish hard, instead of just going through the motions of fishing that last hour.

In 2017, on Sam Rayburn Reservoir, I had developed a pattern of catching a lot of bass the first thing in the morning and then catching them throughout the rest of the day for three consecutive days. However, on the fourth day, the wind switched and began blowing in the complete opposite way from how it had been blowing the first three days of the tournament. The bass had changed from where they were, too. I struggled on that last day, especially in the morning. I wasn’t getting nearly the number of bites that I had received on the previous three mornings. I wasn’t catching as many big fish, either. However, I continued to move around and bounce around to find out where the bass had gone.

With only 10 minutes left before I had to run back to the weigh-in, I went to a completely new spot that I hadn’t fished during the tournament. I had found this place with my electronics but just hadn’t fished it. The first bass I caught there weighed 3-1/2 pounds. Then I caught a 6-pounder. Catching those two bass in the last 10 minutes I had to fish of this four-day tournament was the reason I won the tournament and took home $100,000. That scenario and my win totally convinced me to fish hard every time during that last hour. You only need one or two bass oftentimes to win a tournament or to turn a bad day of bassing into a good day.